One of the criticisms of the credit card industry that processors (like us) hear a lot is that the billing methods seem to constantly change.

We suspect that we hear that because merchants feel they typically get the same type of transaction day by day and month by month, but their statements from their processor are not consistent month by month – or they vary by more than the transaction volume varied. Let’s take a look at the fee structure of payment card transactions and figure out why merchants might feel that credit card payment processing is ever-changing. 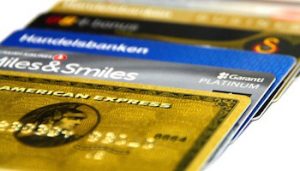 Or I could just tell you the short answer right now – and you can read the rest whenever you want. Shall I do that?

HOWEVER – and this is a biggie – it can look like our industry is inconsistent because the payments CAN (and do) change.

The interchange fee for a transaction can vary depending on a number of factors including what type of payment card is used, the size of the issuer, how the transaction is conducted, and what type of merchant you are, how you authorize the transaction and even how fast the transaction gets settled. There are more factors and variations than just those, but let’s try to keep this simple – and we’re going to leave chip cards and NFC transactions out of the mix for now. We’re talking old school here because it’s easier to illustrate.

On the merchant side (your side), if a transaction is only authorized once it receives a lower rate than if it was authorized more than once. If a transaction settles within one day of the authorization it is considered less risky and receives a lower interchange rate than one that settles at the end of the week. Your “threshold” or a number of transactions you process in a year and the total dollar amount together with your chargeback ratio also figures into calculating the interchange rate.

A quick look at just published current “VISA U.S.A. Interchange Reimbursement Fees” shows over 150 different possible interchange fees. Now that number includes the variations for different merchants (grocery versus ATM versus regular retail and so on), so most of the categories won’t apply to you. It also includes prepaid cards, commercial cards and things you may not have to worry about every day. Hopefully, though you can see how complex this is getting. Remember, this is just VISA we’re talking about. The other credit card associations may not be an exact match to these, and they have their own variations – even more to consider on your side.

Realistically, if you’re a nice quiet gift shop where it’s mainly a walk-in business with a few phone orders, there are probably only about 50 possible variations in your transactions. If you have a website, that adds a lot more variations to the mix.

Now, are you ready for the FUN part?

The bottom line is this: your May statement and your June statement might show exactly the same dollar volume of transactions, but your net receipts – your credit card settlement – could be different from May to June. It’s not because you’re being messed with by your processor; it’s because the mix of transactions you handled in May are quite different from the mix you processed in June.

Credit card processing fees don’t change, but the amounts of them do. That’s the piece that most merchants have a hard time understanding.

For more information on this topic – and the continuation of the gift shop story – see Part 2 of this post. I’ll dig in more to the different types of transactions and how they impact your fees. 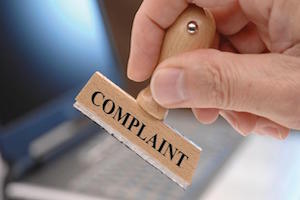