By Armando RamirezJuly 22, 2016Rates and Fees, Starting Out with Credit Cards

Note: the story you are about to read is true. The names have been changed to protect the innocent.

A couple months ago I bumped into an acquaintance from town in the hardware store. I asked him what he was up to and he told me he was setting up a charity in town, a new non-profit organization. The charity was going to be a “Secret Santa” type program that tried to make sure that kids living below the poverty level got things they needed besides toys. He was envisioning that the kids might get coats or shoes or backpacks, whatever they needed most. He

said he and a friend had been working hard on a website, and it was just about ready to launch. He asked me what I knew about PayPal because he knew my job involved something with credit cards, and he wanted to be able to accept credit card donations. I told him I had a little experience with them, and while their fees might be a little on the high side, it could be a good way for him to get started. I asked him how many donations he was getting and he told me that they hadn’t gotten any yet – and that he hadn’t even filed for their 501(c)3 charity designation from the IRS. I told him I’d look into it and let him know if I found anything bad. I didn’t find anything bad about them, so I left it, confident that he’d made a good credit card processing decision.

It seems my confidence was misplaced. Oh, boy.

I bumped into him three weeks later in the grocery store and asked him how things were going with the charity. He said the website was up and looked great. I asked him how he was making out with PayPal and he told me he wasn’t using them. Out of my own curiosity, I asked him why not. He told me that he’d had somebody who wanted to make a donation but didn’t want it sent through email like PayPal does because email gets hacked. I tried to politely explain to him that they don’t send payments through email; they handle payments through a secure site – without pointing out that he was, um, a bit uneducated for thinking you could send credit card payments through ordinary email. Then he said that PayPal was keeping too much of the donation anyway.

He said he had sent the charity a test donation through PayPal and they kept a third of it. Puzzled I pulled out my smart phone and looked up their rates. I asked my acquaintance how much the test payment was and he said one dollar. Well, PayPal has a transaction fee of 30 cents + 3%, so yes, their fee ended up being  33% of his dollar – but on $100 their fee would have only been 3.3%. (Sheesh.)

He shrugged and said it didn’t matter because when he went to the local bank to open up a checking account for the charity, he discovered that they did credit card processing, so he got a merchant account there. He said their rates started at 27 cents + 2.7%, so he was saving money.

I asked him if he was going to get that rate and his response was “Well, I assume so.” I asked him what the monthly fee was and he said it was only $10 a month. I asked him if he knew the monthly minimum transaction amount and he said, “Ten dollars, like I just said.” I bit my tongue, hard. I was trying to be somewhat supportive so I asked him if he was sure this was a good choice. He told me the clerk who opened up his checking account pulled out a brochure and told him it would work for him and that everything would be fine. She knew they were only starting out and didn’t have any money. She said it was the only credit card processing product they carried.

I asked him if he had done a test donation yet and he said no because he needed to get a virtual terminal, and his website guy didn’t know how to do that, so he was going to have to hire somebody to do it. He said the bank told him it needed to be somebody QIR certified but couldn’t really tell him what that meant. 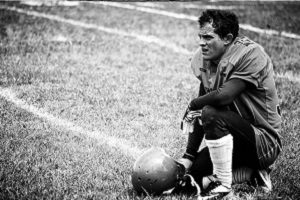 The bank told him to call the Customer Service number on the brochure, but both times he tried he was on hold for over an hour and still didn’t get through. I cautioned him that going through this process could be pricey. His response was “Well, if it is too expensive, we just won’t use it, and I’ll go back to PayPal.” I asked if his contract would allow him to use a different processor or was it exclusive. Of course, he didn’t know. He also didn’t know if there was an early termination fee.

At that point I had to wish him good luck and walk away. It wouldn’t do to be yelling “You’re an IDIOT” at someone in the dairy section. His great charity idea was going to be in the hole from the start because he didn’t have any idea of what he was getting into – and because he believed a bank clerk, whose knowledge of the credit card industry was probably limited to the fact she got an extra little commission for signing somebody up for a merchant account.

There’s a moral to this story, of course. Read everything. Don’t trust a person who isn’t IN the credit card processing industry (and bank people are NOT) to sell you a credit card processing product. And, in all candor, you might not want to sign up for a multi-year contract with ANYONE until you know a bit more about how your new business or charity is going to flow.

If you have questions, we’ll help. We want you to make a great credit card processing decision – even if that decision is to stick with a PayPal-like product for now. 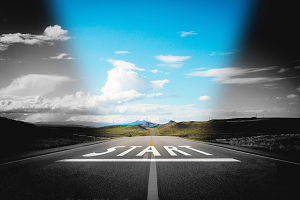