Lowest Credit Card Processing Fees – The Rate is the Bait

By Armando RamirezJuly 27, 2016Rates and Fees, Traps to Watch For

Have you noticed how in those ads there is usually an asterisk next to the rate they are bragging about? If you can find the explanation for the asterisk it’s usually something like “Contact us to get your customized rate quote.” Welcome to the great bait-and switch shell game.

So your first question naturally is, “How do I get that low rate on my credit card processing?”

In reality, your first question should be “Who will give me the lowest rate on the bulk of my transactions?” That lowest rate claim is usually just bait. You’re probably familiar with the phrase “bait and switch,” and you may be headed for a first hand encounter with that situation if you’re not properly educated. 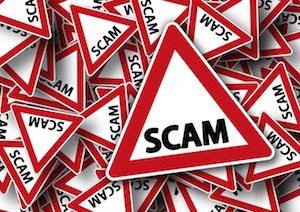 If you look at the interchange fee charts published by the credit card associations, you will find over 800 different rate categories for each association. The variations in transactions have to do with debit versus credit, different card types, merchant types, etc. I want to keep this easy to understand so I’m just going to use a few transaction types from here on as illustrations.

Unfortunately for you, even under the best of conditions, those low-rate debit card transactions are probably only about 22% – or less – of your transactions. The processor needs to make money somehow to stay in business, so they’re going to raise your rates on the OTHER 78% of your transactions to an above normal level. You’ll end up paying them a lot more over the length of the contract while thinking you’re getting the lowest rate. They may even raise their mark-up on some fees as well just to make sure they get all the money they can out of you.

There are several variations of this scam. The most absurd I’ve heard of was a salesman who quoted a card-present debit card rate to an online-only (e-commerce) merchant. The e-commerce merchant will NEVER EVEN SEE a payment card, let alone have a transaction that qualifies for that rate. (That guy didn’t work for us, by the way. That’s a story from a merchant we “rescued” from another processor.)

A slight variation on the bait and switch is where you sign a contract at what you think is a great deal and then in four months, you discover that the great deal was an “introductory rate” that only lasted three months and now you are stuck paying higher rates for the rest of the contract.

Yet another variation is the one that gives you the lowest rate provided you meet a minimum monthly transaction total or volume total. In some cases we’ve seen, you can’t possibly qualify for the lowest level unless you have the monthly volume of a big box store – in December. The salesperson will tell you they can still give you a “highly competitive rate” at your current volume or the next higher level, but now you may be dealing with not only a higher rate than the advertising stated for that one transaction type but also possibly an overly high markup on the other transactions.

A new version of the scam seems to be processors offering free terminals or wireless payment card readers that you can plug into a smartphone or tablet for ridiculously low prices. If you can find their transaction rates in the ad they are usually quite a bit higher than “normal”.

Now, not all merchant service providers play these games and sometimes it’s just an overly aggressive salesman and not the whole provider that’s at fault. We actually discovered we had a couple salespeople like that in the past. They were ushered out the door without ceremony. 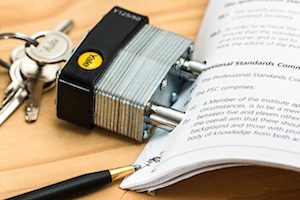 So what can you as a merchant do to protect yourself from falling into one of these traps? First and foremost, READ YOUR CONTRACT before you sign it. I know they are long, filled with legalese and small print, and make your eyes glaze over, but read it. Forget what you read in the advertising and ignore whatever the salesperson told you. Read your contract and look for phrases like “Introductory Rate”, “Minimum Monthly Amount” or other red flags. Don’t feel rushed or pressured into making a deal. If the salesperson tells you it’s a limited time offer, that’s just another red flag.

Secondly, look at the credit card association published interchange fee lists and figure out where most of your transactions fall within those lists.  Get somewhat familiar with what the interchange fees are for rate categories for the transactions you are likely to see. Sit down with the salesman and ask him what their markup is on each one of those rate categories or at least what tier they will fall into if the contract calls for Tiered Pricing. You can try getting the contract written to include those fees, but there are other factors at play so don’t be surprised if the salesperson says they can’t do that.

Third, if the little research you did makes you feel like you know more about interchange than your salesperson, it might be a good idea to walk away from the deal. If the salesperson is that uneducated about the business, somebody else probably wrote the contract and you can’t gauge what that person’s intentions were.

Lastly, if you have other payment card processors competing for your business, ask one of them to go over the first organization’s contract with you. Salespeople love to point out the tricks and hooks their competitors are using. You need to exercise a little caution here as some processors feel their contract is proprietary like it contains some secret recipe the rest of us don’t already know.

If you don’t have another company vying for your business, get one. In fact get two. That increases your chances of getting honest answers. Try not to pick ones with the splashiest ads or the wildest claims. Call us if you want to. We’re not afraid to go over our contract or someone else’s with you line by line, and if it’s a good deal for you, we will tell you.

When it comes down to it, YOU are YOUR best defense against making a big mistake. Get familiar with interchange fees and read what other people are saying. Invest the time. After all, if you make a bad decision, it’s your own butt you’re going to be kicking for the next few years.

By and large, the credit card processing business is an honest industry and one we’re usually proud to be part of. We try to help out merchants however we can. That doesn’t mean you won’t run into the occasional bad apple, but maybe the information here will help you spot them.